The Liability Classes of Insurance - Principles and Practices of Workmen's Compensation

For booking info click here to email back to CPD Training

This workshop covers the general principles of workmen’s compensation, legislation and history. Participants will gain a comprehensive understanding of the claims process, the relationship under the WC Act and that received under the Common Law (deductions of sums received) and more. The history and need for Workmen’s Compensation.

At the end of the session participants will be able to:
Mr. Mungroo has been in the insurance industry for over 25 years working in claims underwriting and IT. He holds the TTII’s Diploma in Insurance and became an Associate of the Chartered Insurance Institute, UK in 1989 and was awarded the Chartered Insurance Person status by the CII in 1995. He completed his Bachelors of Laws Degree in 2006 and his legal practice course in England in 2008. He was called to the bar in February 2009 and continues to manage a full-time practice in civil litigation, property, family law, employer's liability and estate planning. Mr. Mungroo is also a member of the Board of Commissioners of the Financial Services Commission of the British Virgin Islands.

Bookings are closed for this event. 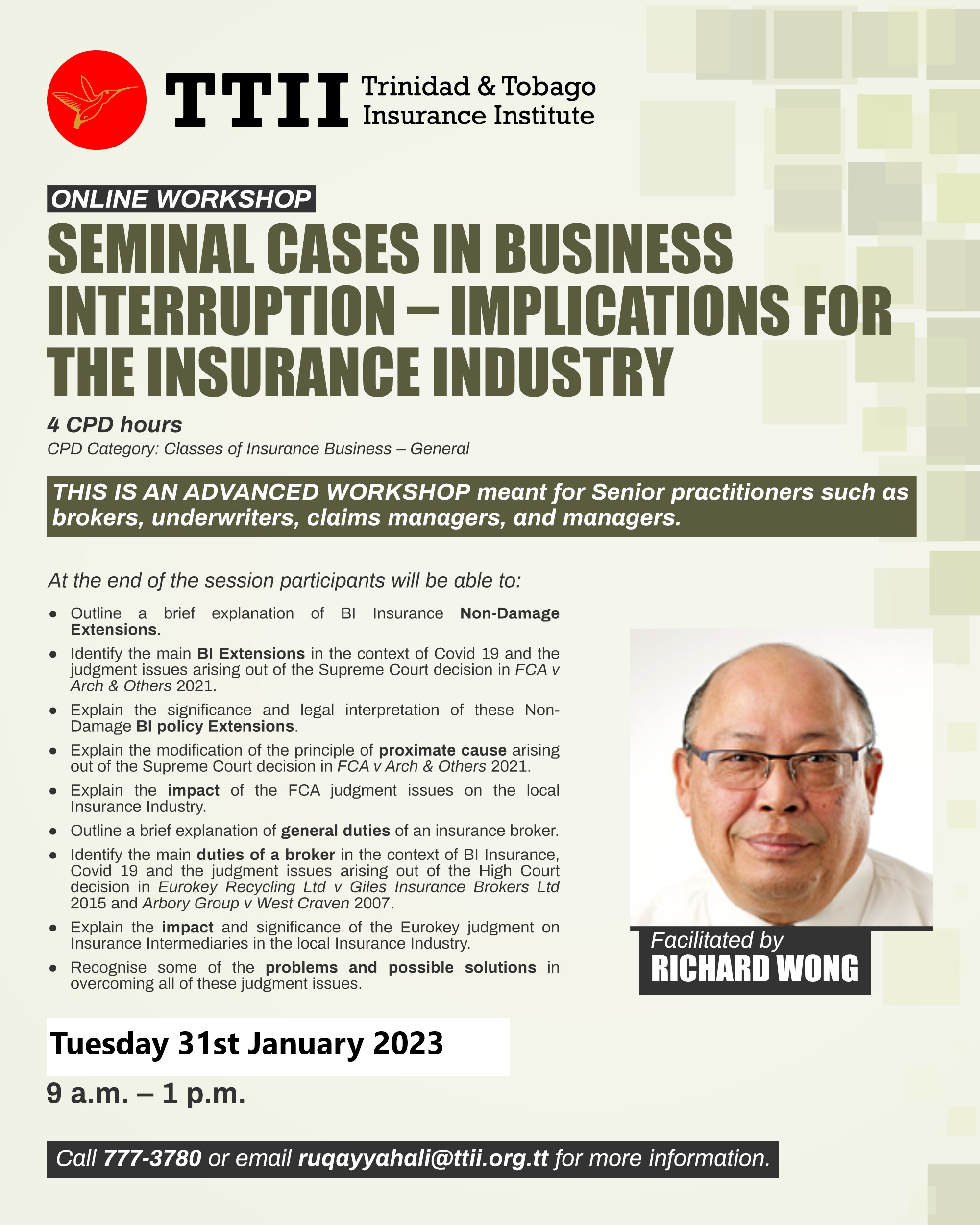 Seminal Cases in Business Interruption – Implications for the Insurance Industry 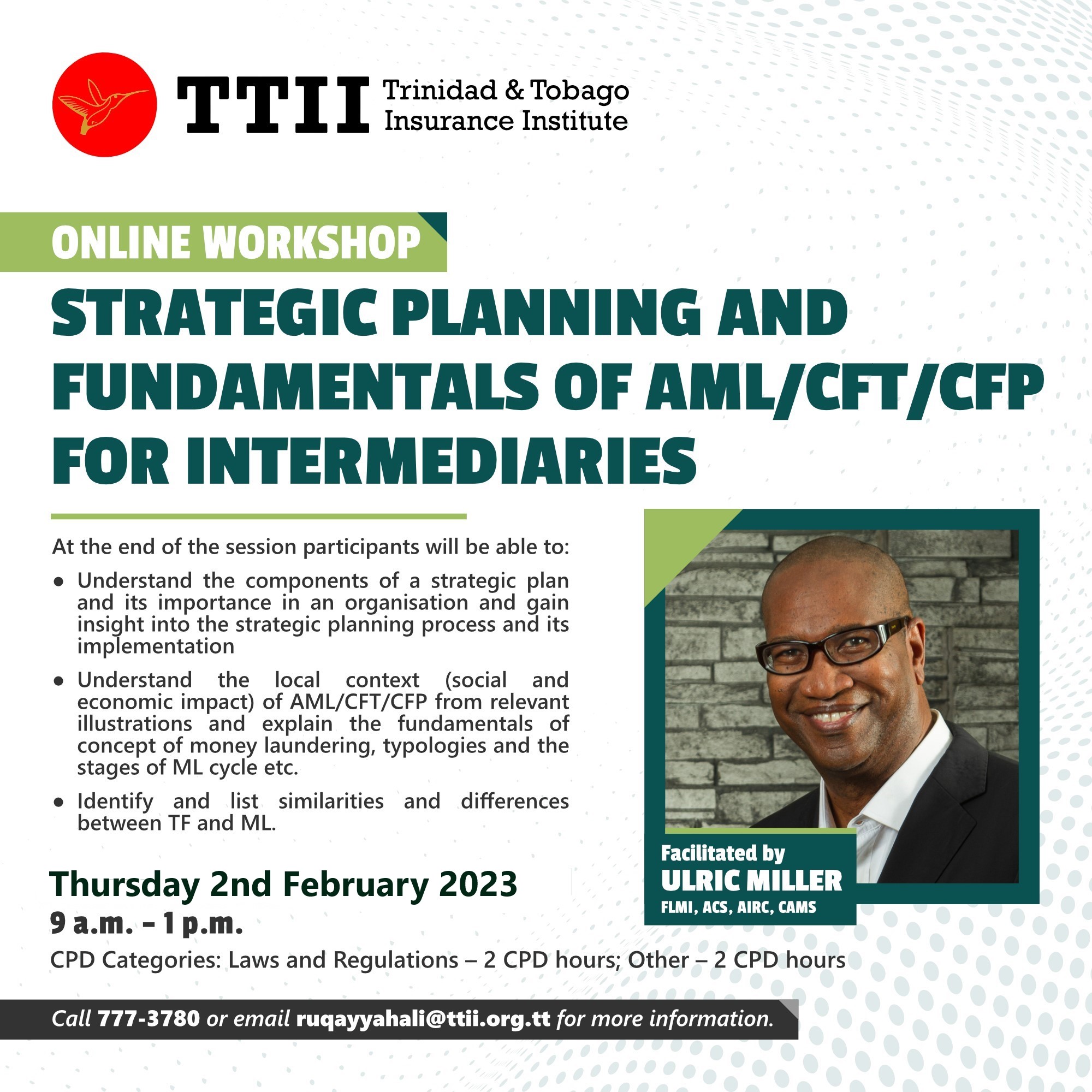 Strategic Planning and Fundamentals of AML/CFT/CFP for Intermediaries 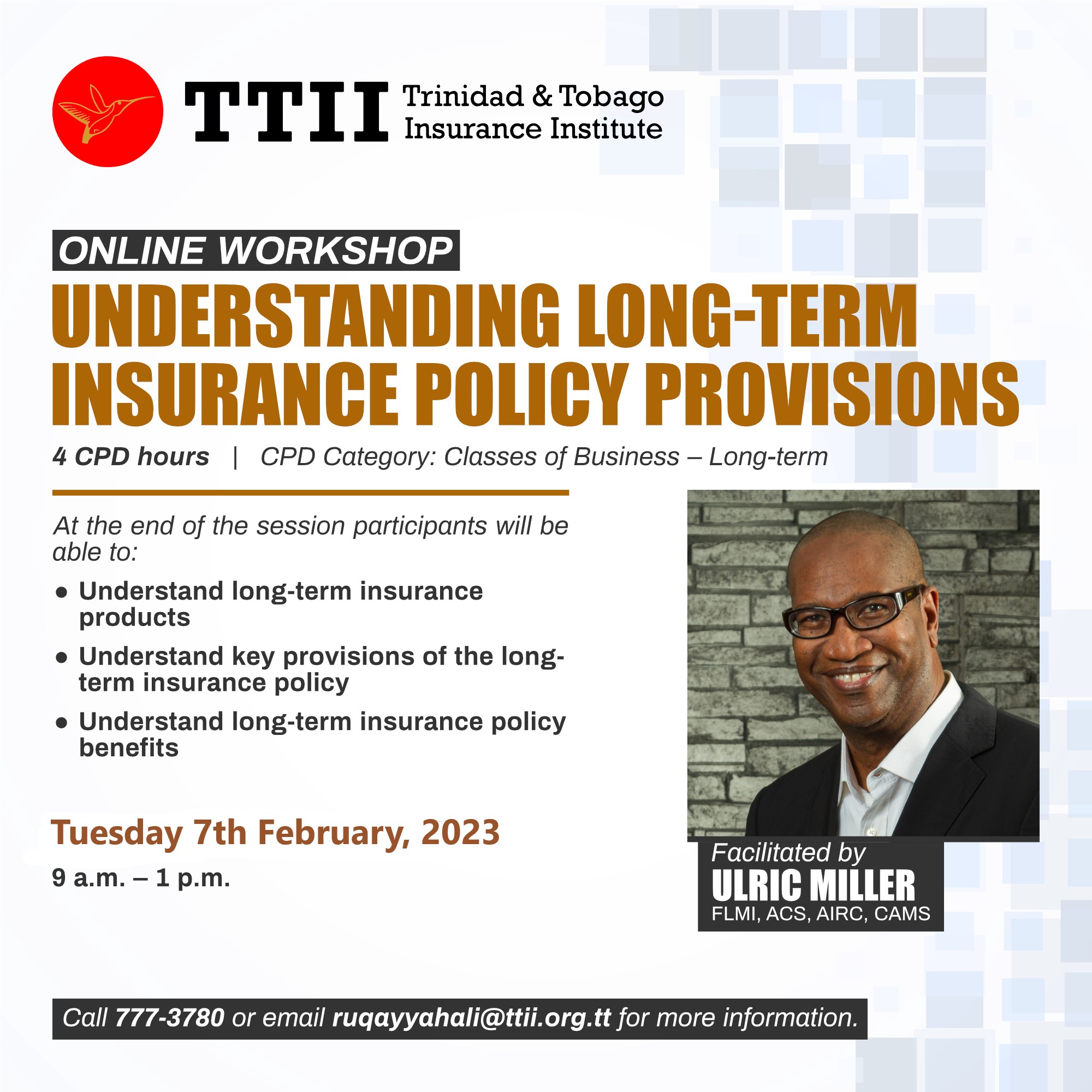